Feeling the urge to hop on the IKEA bus? Consider these fun facts!

The founder was a neo-Nazi (although he later apologized).

Tax-wise, this multi-billion dollar business operates as a charity.

Need another reason to boycott IKEA?

The nearly 350 members of Teamsters Local 213 at the Richmond IKEA have been off the job since May 13, 2013, when they were locked out by the company. IKEA is asking for multiple concessions, including moving to a tiered wage system.

For more information, see the Tyee article  “Ikea face-off in Richmond marked by fourth contract offer rejection”   and this article from The Stand. 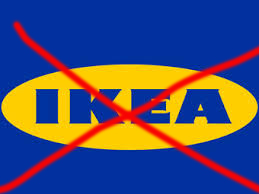