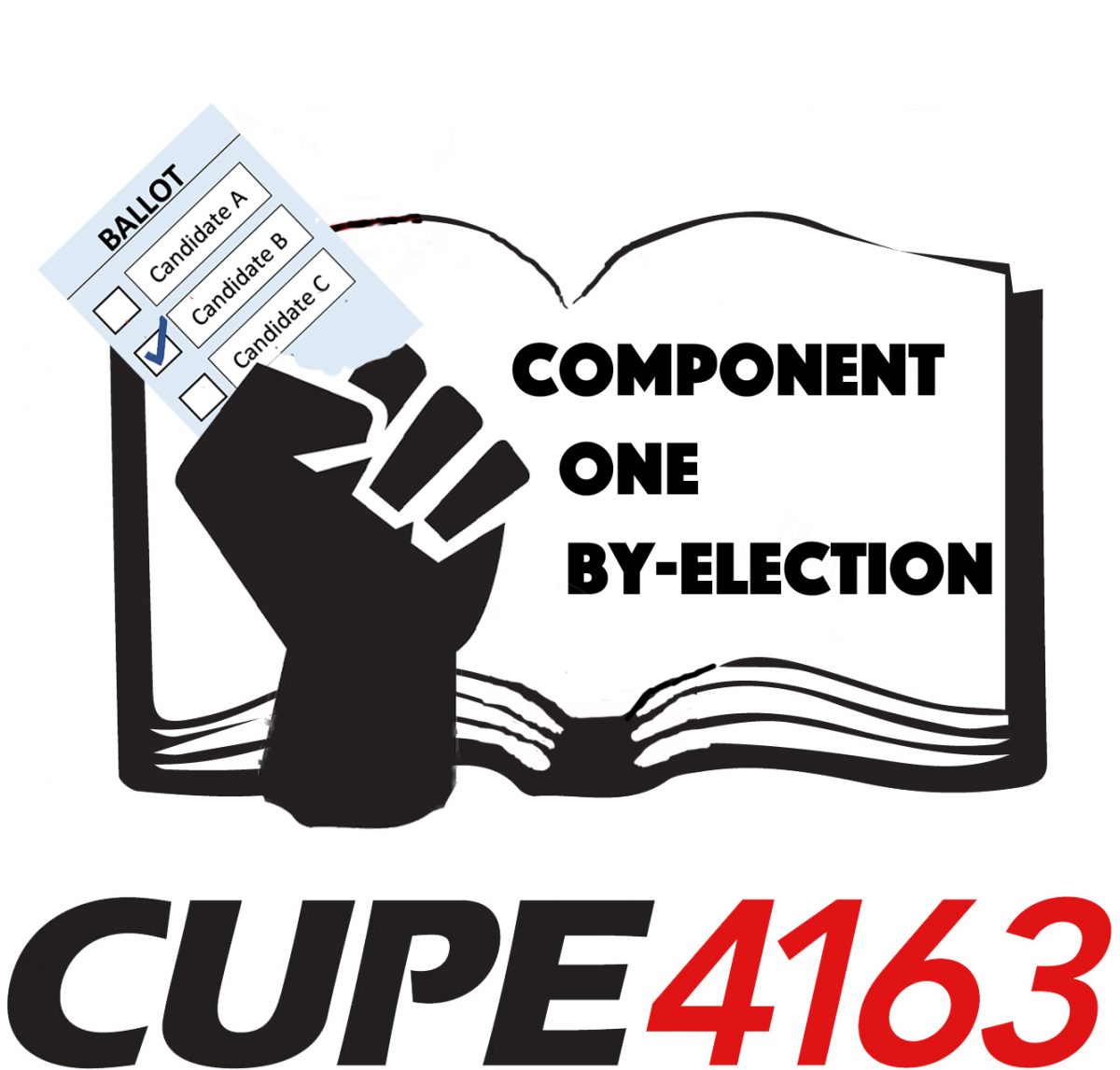 Each year, at the Spring General Meeting, a new CUPE 4163 executive is elected. Component 1 has a minimum of three representatives on the Executive Board: A Vice President, Communications Officer, and Member at Large. In the election held in March, Component 1 elected only a Vice President and Member at Large. Since that time, your VP, Evan Stefanek, has graduated and stepped down from the position.

Now that Component 1 orientations are essentially finished and we have a complete list of our current members, it is time to hold a by-election for vacant Component 1 executive positions.

Nominations can be made at the meeting (and you can nominate yourself!).

If you are interested in holding an Executive Position (time commitment is around 2-4 hours per month on average), and want more information, please contact us at the union office : office4163@gmail.com.

Position descriptions are as follows:

The Vice- Presidents shall:

a. Be elected from each of the Components

c. Alternating with the other Vice-Presidents, chair any General Meetings and Board Meetings from which the President is absent.

e. Sit on the Personnel Committee.

g. Have signing authority, and sign, with the President, all cheques (in keeping with the appended policies and procedures), if the Secretary-Treasurer is absent or incapacitated.

h. If the office of the President falls vacant, be Acting President until a new President is elected. This vacancy shall be filled until an election can be held on a rotational basis as follows:    January to April Component 1 Vice-President

The Communication Representative shall:

a. Prepare and present component reports b. Backfill for the Component Vice-President c. Sit on the Communications and Donations Committee.