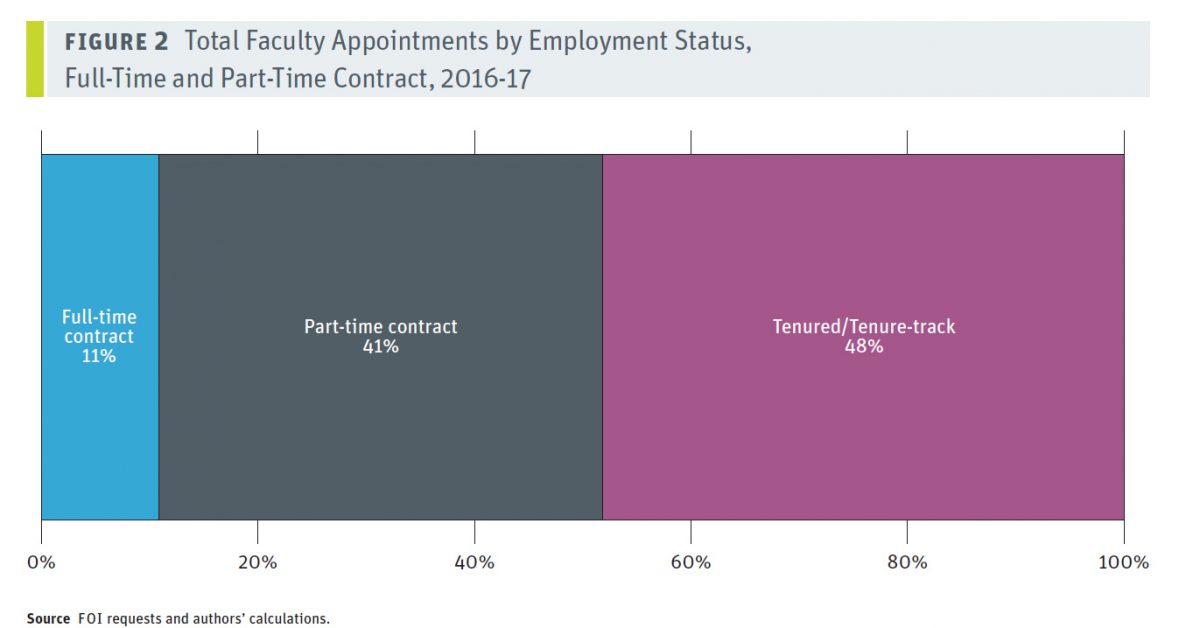 There is a growing body of literature documenting the rise of precarious work in Canada, including among university faculty—once among the most secure professions in the country. But little is known about just how prevalent precarious faculty jobs are in Canadian universities. This report offers the first-ever snapshot of how many university faculty appointments are precarious jobs, where they’re located, what types of academic departments are more likely to offer precarious jobs instead of permanent, secure academic appointments, and how much precarious work among faculty has increased since 2006-07.

This information is not collected by Statistics Canada, so the authors used data obtained through Freedom of Information requests sent to 78 Canadian universities to examine the extent of their reliance on contract faculty appointments.

• Among contract faculty, part-time appointments predominate, accounting for nearly 80 per cent of all contract appointments in 2016-17.

Overall, our data suggests that while public funding cuts may have played a role in universities’ reliance on contract faculty, austerity alone cannot explain this decision, since rates of contract appointments vary so much between universities in similar circumstances. The trend also does not appear to be a result of changing market demand for certain disciplines, nor, on the whole, the result of personal choices by tenured faculty or contract faculty.

Notably, UVic failed to provide adequate data to the researchers: “The University of Victoria provided four separate data releases, but after reviewing the information we determined that we could not ensure the accuracy of the data and did not use it” (page 36).